Despite launching in 2016, PlayStation VR (or PSVR) remains popular among VR newcomers and purists looking for the best VR headsets. Despite needing a PlayStation console to work, those already embedded in Sony’s console ecosystem can open up a huge library of experimental and action-packed titles that are exclusive to PSVR.

Following the initial success of the platform, Sony rolled out a slightly amended version of the PlayStation VR hardware (model number CUH-ZVR2). With a slightly more streamlined series of cables and integrated stereo headphones, it also supports HDR video passthrough.

While it’s still a little cumbersome to plug in at first, it remains an excellent VR platform, with a variety of bundle options allowing players to jump into new worlds, or find additional VR content in games they already own, such as No Man’s Sky or Star Wars: Squadrons.

Still, with Sony promising the next generation of VR to PlayStation 5 in the not-so-distant future, it appears PSVR’s time may be limited, but there’s still plenty to enjoy in the interim.

Despite launching during the PlayStation 4’s lifespan, the PSVR headset is undoubtedly closer to the PlayStation 5 in terms of its design. Sharing the stark white and matte black look of both the PS5 and its DualSense controller, PlayStation VR feels less akin to strapping goggles to your face as it does putting on a large, comfortable headband with a visor attached.

Weight is evenly distributed throughout, and while you’ll certainly need to take it off after a few hours, the large front-facing eyepiece never feels too unwieldy. That’s in part to an impressively adjustable headband, with plenty of padding. Glasses wearers will also find it’s particularly simple to wear the headset over their existing eyewear.

The small earbuds that hang down add 3D audio (more on that later), but since you can just as easily play with audio coming through your standard TV output, they can be easily stowed in the small indents within the headband to avoid them swinging freely.

Finally, while you can’t see it, there’s a built-in microphone. Some games, like Astro Bot Rescue Mission, utilize this for new gameplay possibilities, but it’s primarily ideal for party chat when playing online.

While this hardware revision is undoubtedly easier to install than the original 2016 model, there’s still plenty to plug in. It’s not difficult, thanks to handy markings on each port that line up, but you’ll still need to plug the headset into a breakout box that splits off to a power adapter, your console, your TV, and the included PlayStation Camera.

If you’re the type of person that prefers not to have a series of cables laid out, then you may want to look elsewhere, and with a specific (free) PS5 adapter, that’s one more connection if you have Sony’s latest system.

Once that’s done, though, you’re off to the races – each console’s dashboard can run entirely in VR, and even non-VR titles can be played as if you’re looking at them on a sizeable, cinema-style screen. The same also works for photos and video content, too, so expect to dig into YouTube’s VR content for some free experiences.

While playing in VR, there’s a definite ‘screen door’ effect in play thanks to the comparatively lower resolution screen compared to what you’d find on high-end VR headsets. We found that the feeling soon dissipates once you’re out of a game’s menus and focused more on what’s going on in motion.

Those LEDs around the headset aren’t just there for show, either. They help the PlayStation Camera track your head position – whether you’re headbutting enemies in Astro Bot or peeking around a corner in a first-person shooter.

As for audio, while the integrated earphones aren’t mandatory, they certainly add a new layer of immersion. A forerunner to the PlayStation 5’s 3D audio tech, its appearance here does exactly what you’d expect – it allows players to track the sound of enemies, listen out for secrets, and plenty more when in-game.

When it comes to input options, PlayStation VR offers both controller support (DUALSHOCK 4 on PS4 and DualSense on PS5) as well as PlayStation Move. While it feels strange to use the light-up wands that arrived during the PS3’s life cycle, they work well here – although they do tend to share the DualSense’s approximate six-hour battery life. While not mandatory for PSVR use (and sold separately), there are some titles that require them, including the ever-popular Beat Saber, so prepare for an added expense there.

Finally, PlayStation VR is powered by your console of choice. If you’re hooked up to a PlayStation 4 from 2013, you may experience slightly lower frames-per-second than a PS4 Pro. In fact, the PS5 will essentially run PS4 Pro versions of VR games, too. The biggest leap for Sony’s latest hardware is the improved loading times, but other than that, your PS4 Pro remains just as capable.

PlayStation VR really comes into its own with its library of games. Sony has invested a huge amount into exclusives for its VR system, and it shows. Those include the likes of Blood & Truth, a fully playable action movie-style adventure, Marvel’s Iron Man VR, which puts players in Tony Stark’s famous armor, and Astro Bot Rescue Mission, a delightful platformer that earned a spot on our best PSVR space games list for its use of clever use of scale and perspective.

That’s not to say essential VR classics aren’t available, though. If you’ve got PlayStation Move, Beat Saber is a must-buy, as is SUPERHOT VR, while Tetris Effect remains enchanting whichever controller method you use.

The real advantage of leaning on the PlayStation library though, is the addition of VR content to traditionally ‘flat’ games. Some games offer a specific VR mode, but others are entirely playable through the headset, including PlayStation stalwart WipEout Omega Collection, the entire galaxy of No Man’s Sky, and both the campaign and multiplayer of Star Wars: Squadrons. Thankfully, the bundled PlayStation VR Worlds demo introduces players to small VR experiences to ease them in.

With PlayStation’s next VR endeavor already being discussed, PlayStation VR production is likely to slow down which understandably leads to questions about its value.

Its current price puts it in the realm of the Oculus Quest 2, only with the added tether of needing a PlayStation console to run it, and the potential expense of PS Move controllers, too.

The good news is that PlayStation VR games go on sale fairly regularly on the PlayStation Network, so you may be able to pick up a bargain (or two, or three) on software. You can also download a number of free PSVR game demos from the PlayStation Store.

Should you buy the PlayStation VR?

If you already have a PS4 or PS5, there’s every chance you’ve already got a few VR games in your existing collection or through PlayStation Plus offerings over the years. That may make it easier to pull the trigger on a purchase, and there’s the added incentive of some truly fantastic PSVR exclusives you won’t find anywhere else.

If you’re not already playing your games on a Sony machine, though, it’s a tougher ask to buy one and the headset and start a game collection from scratch.

If the PSVR isn’t for you…

Thankfully, there are more VR options than ever. For one, the aforementioned Quest 2 offers many of the same third-party titles, just without the need for a PlayStation console or the multitude of cables the PSVR requires.

If you’re looking for a high-end VR headset for your gaming PC, then we’d recommend checking out the Valve Index too.

Mon Sep 13 , 2021
At the heart of Deathloop in each narrative and video clip sport conditions is the titular loop. Just one may argue that Arkane Studios has embraced some thing of a loop alone, way too. There is a particular form of sport they make, a selected really feel that ties alongside […] 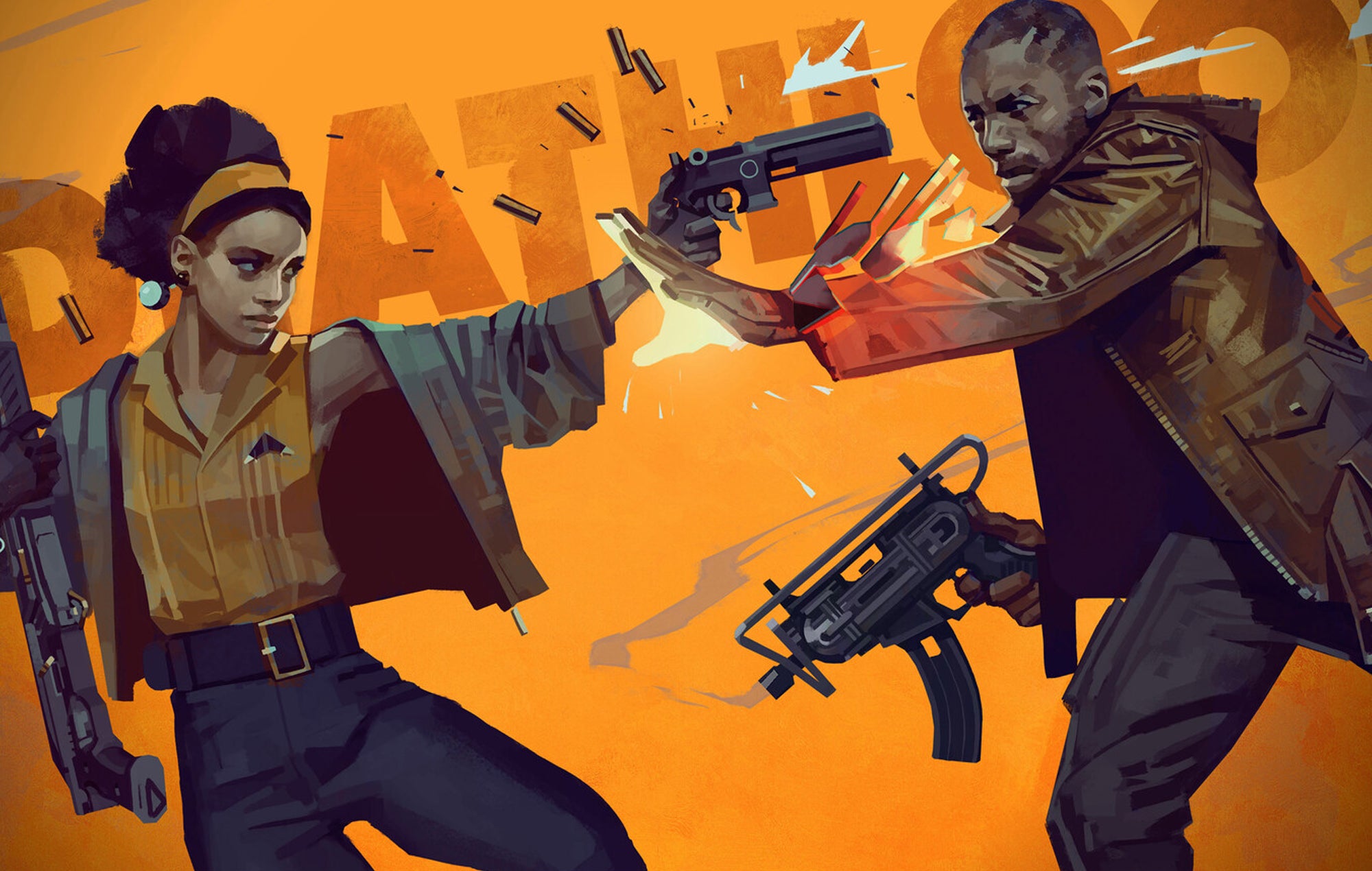