A potential announcement from Sony is possible to come on August 17, with that date specifically allowing fans to manage their expectations.

The gaming industry is no stranger to rumors, and it’s in the best interest for everyone to know how to manage expectations and rumors. While rumors aren’t inherently bad for the industry, believing in rumors to the point that it leads to disappointment is. This applies to Sony, Xbox, PC, Nintendo, and all major companies. With that in mind, while a State of Play event is rumored for August 19, fans shouldn’t be disappointed if this rumor turns out to be untrue.

In fact, there’s at least one way to manage State of Play rumors as they’ve happened so far in 2021. Sources are always super important, but with Sony’s State of Play events, so too is timing.

Not only is Sony likely to announce the event on August 17, but it’ll likely outline what to expect at the showcase. For example, many fans would likely be delighted to see both Horizon Forbidden West and God of War there, but that’s unlikely. Sony has done a good job managing these expectations with each announcement, so if one of these won’t be there, then that’ll likely be announced too. Of the two, Horizon Forbidden West is due for some attention, especially since Sony has yet to confirm the reported Q1 2022 delay.

At the end of it, though, the big question is how reliable this rumor is. After all, the clockwork approach is easy to make rumors for. The February, May, and July State of Plays were all on Thursdays and announced the Tuesday before, with the April State of Play (which focused on Ratchet and Clank: Rift Apart and some indies) being the exception that was announced on a Monday. Unfortunately, every one of these events had varying degrees of rumor and speculation around them, with perhaps the July State of Play being the most trustworthy. In contrast, the August State of Play seems the least likely to actually happen.

Fans need to keep in mind that this isn’t the first rumored State of Play date for August, either. The event was originally rumored for August 12, and when August 10th passed with no announcement, rumormongers began pointing to August 17. It’s not impossible that Sony internally delayed the event for one reason or another, but at the same time, the most reliable leakers have seemingly been quiet on the situation. As such, while fans should keep an ear out for an announcement on Tuesday, they should do so with the expectation that this rumor is likely just a made-up rumor and nothing more. To be wrong, though, would be a real treat.

Sony’s next State of Play is rumored for August 19.

Why It’s Time for Sly Cooper 5

When Joshua Duckworth received Pokemon Yellow for Christmas at 5-years-old, his fate as a gamer was set. Since then, he’s been involved with every step of the gaming industries’ growth from the golden PS1 era and the dying days of the arcade to any current gaming trend. When he’s not writing, playing his own games, or thinking about writing or playing his games, he’s probably the second player to his son’s Pokemon Let’s Go, Pikachu! file. Joshua has an MA degree in English from Jacksonville State University, and the best way to contact him is at [email protected] 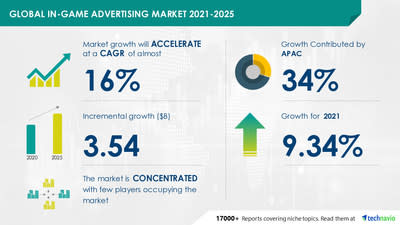