There’s an adage in the sports gaming world that you never need to buy the next year’s game. Many times, sports video games appear similar. The gameplay is reminiscent of the previous year. There aren’t many new modes to explore. The game is relatively the same, barring any major roster updates that warrant an upgrade.

So this was obviously a worry for NBA 2K22, this year’s version of the NBA video game. After the decent game of NBA 2K20 and the mixed NBA 2K21, there were a lot of questions about what NBA 2K22 would bring to the table. These questions only grew as NBA 2K22 did not release a demo version of the game, something it has done for years. There was no gameplay footage. There were few trailers of the game and the players within it.

Well, NBA 2K22 has officially dropped in the United States, giving basketball fans another chance to take the court and compete with their favorite NBA stars. And let me tell you — this is not a copy and paste game. It’s a game worth upgrading for, if you’re in the search for a new NBA game.

But you’re not here to get my thoughts on whether you should buy it. You’re here because you want to know what makes it good, bad and ugly. So, here are 22 things I noticed while playing the game in the first day before its launch.

Everything just fits together and runs smoothly. Your players find the right spots. The defense works together. The offense understands plays and runs around in the right spots. Everything is just working smoothly right now, and that’s a positive sign for the game’s lifespan.

There’s no other way to describe it. The game is just super sleek and clean. When you slide through menus, the game’s design is just so smooth that you don’t notice any weird glitches.

Seriously. NBA 2K22 feels like an entirely new game to NBA 2K21. It has less of an arcade feel to it, and resembles a fresh take on the NBA gaming world. It was hard adjusting to the new game because the mechanics, player builds and court dimensions felt different and more realistic. It’ll take time for you to adapt to the new game, and that’s a good thing.

NBA 2K22 added a new shot meter, which is a tool that appears beside your player to help you measure your shot and decide when your player should release the ball. In previous games, the meter would be small and maybe above your player’s head. This year, the meter is a long arc that appears behind your player. In easier modes, it’s fun to play with because you can customize what animation occurs after a made shot — the default is a flame — and what sound the game makes when you hit a perfect shot (known as a “green” or “greening” your shot).

Thankfully, yes. One of the trickiest parts of NBA 2K21 was that shooting was broken. The game added a new feature where you need to use your controller’s joystick to shoot. It made shooting unbearable for the beginning days of the game. Thankfully, you can actually shoot in NBA 2K22 and you don’t have to worry about any issues with that.

2K has improved the fantasy MyTeam mode so much his year. There are a lot more customizations to make with building your own shoes, getting your cards graded (more on that later) and picking your players’ unique skills. The mode also comes with plenty of challenges and pickup games to keep offline gamers busy for the long haul. So it’s nice to see 2K cater to offline and online players all at once.

One little, underrated feature that is new for the MyTeam mode is having home/away/alternate jerseys. You used to only have home and away jerseys. Now you can have three different ones, which is awesome. The other cool aspect — you can use any jersey for any spot. So let’s say you wanted to use the Utah Jazz purple retro jerseys for a home jersey, and the orange-and-red City edition for the away. You can totally do that!

Speaking of MyTeam, the mode has a card-grading feature, much like the PSA card-grading that happens in real life, where people can get their cards reviewed so they can sell for higher prices. Same thing happens in MyTeam, and it’s a nice feature for fans who are into trading sports cards.

Meanwhile, dribbling is more difficult. The game has made it tricky to combine dribble moves and find the best moves to make. Now it takes a little more skill on the sticks to get your player to perform sweet handles. This is one that gamers will try to crack as the game goes on.

I’m playing this on the current-generation of game consoles, and the load times are so slow. It just takes forever for new screens to load, which will be a nagging source of frustration for gamers who want to jump into a game quickly.

One issue with NBA 2K’s recent games is that the more difficult modes often feel supremely more difficult. That’s not the case this year. You need to be a little bit better on the court, sure. But the harder modes still feel within reach.

The game is packed with fun art. The cover alone has an awesome mural of Luka Doncic, and you see that artwork spaced throughout the game. It gives the game a nice, fluid feel.

Defense is way better than in 2K21. The computer-based players move better and read players easier, allowing you to have a better experience in game. It is so much better than last year.

Don’t even think for a second you can make a last-second heave from one baseline to another. It won’t work. The ball will get stolen. But this speaks to the change of the game. You need to be better, quicker, sharper and smarter with your plays to beat the defense.

In NBA 2K20 and NBA 2K21, a lot of gameplay felt like luck. You’d either score or not based on what the computer’s algorithm wanted. Many gamers would complain that the algorithm caught them, meaning they were going to miss all of their shots so that the CPU could win. Well, it feels less like that so far this year.

There is so much to do in the game right now between the Draft mode, MyTeam, MyCareer, MyNBA and more. This game just keeps adding new features.

It’s unclear if the shot contesting completely works or not. Reports suggested that shot contesting — when a player contests a shot against you — would work more realistically compared to previous years. But my players were still finding open shots and nailing them, even with a contest.

That said, shot-blocking is a new, huge factor in NBA 2K22. It’s overpowered. Your players will block the crap out of their opponents. Seriously. In one of my games, Kevin Durant swatted the ball into the rafters against Kemba Walker. It was a fun twist on the shot-blocking feature, which is often flat and not exciting in the game.

So many cruise ships! You can find the cruise ship in the MyCareer mode, which is awesome. But the MyTeam mode allows you to play on a court that’s on a cruise ship, too!

The graphics, display and announcers all offer an image of a realistic NBA game. Someone may walk by and think NBA 2K22 is actually the NBA. That’s how good the game looks.

It’s an interesting approach to remake an entire sports game that you know will sell, especially one that comes after two mediocre versions of NBA 2K20 and NBA 2K21. This one feels a little different and might be a sign of how sports games should always look to rebuild themselves when they can.

It’s so fun when things are working right. Let’s hope it stays this way. If so, it’s worth the upgrade.

Sat Sep 11 , 2021
About eight decades after the last episode premiered, The Business office is acquiring a cellular activity titled The Place of work: Someway We Regulate later this year. A new cellular recreation impressed by the strike NBC comedy The Workplace has officially been introduced for someday afterwards this yr. Even however […] 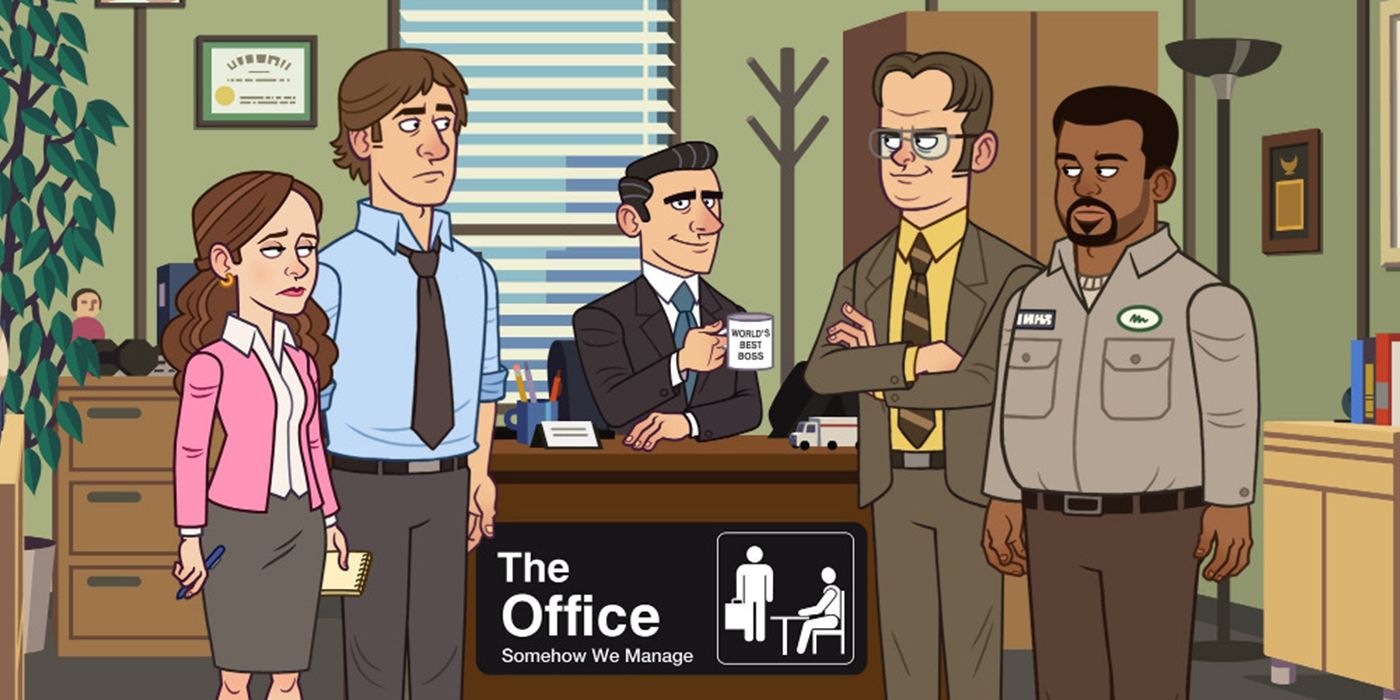